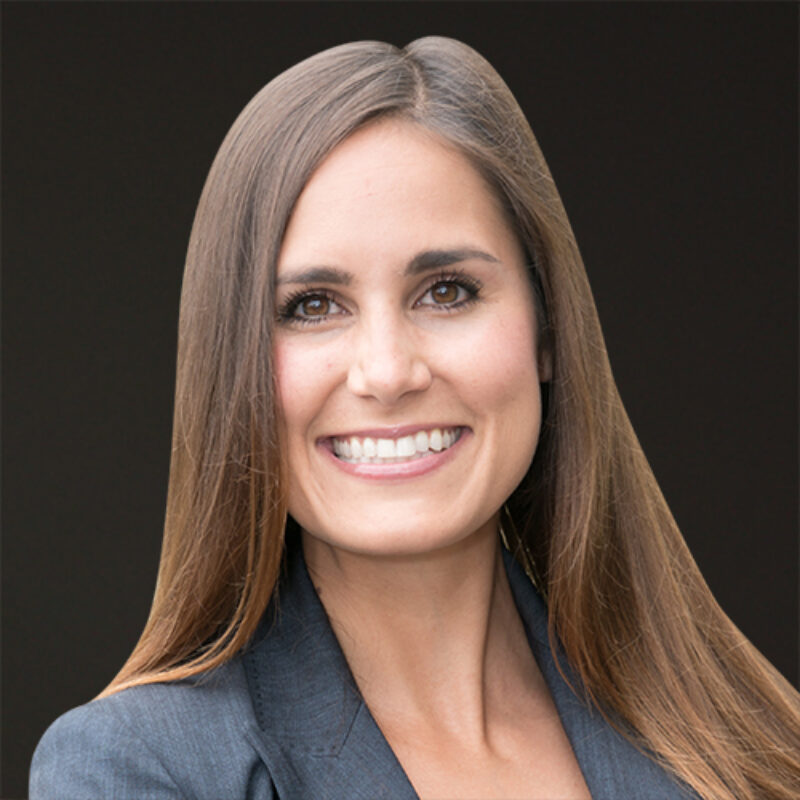 Courtney Vasquez is an accomplished litigator that works on the firm’s personal injury and mass tort cases. Before joining Fox Law, Courtney was an associate at a leading global corporate defense firm where she gained invaluable insight into corporate defense strategy. This knowledge provides her with a unique basis to build the strongest case for her clients who have been harmed.

Courtney returned to San Diego and began her legal career as a defense attorney at a top international law firm, DLA Piper LLP (US). At DLA Piper, she focused her practice on defending product liability and mass tort actions. She was the lead associate on several trial teams and obtained numerous victories for medical device and product manufacturers. Courtney also successfully represented a CEO against an insider trading investigation brought by the SEC. While there, Courtney served as a mentor to younger associates, was a member of the Recruiting Committee, was involved in the Latina Affinity Group, and was elected as the San Diego delegate for the firm’s Leadership Alliance of Women.