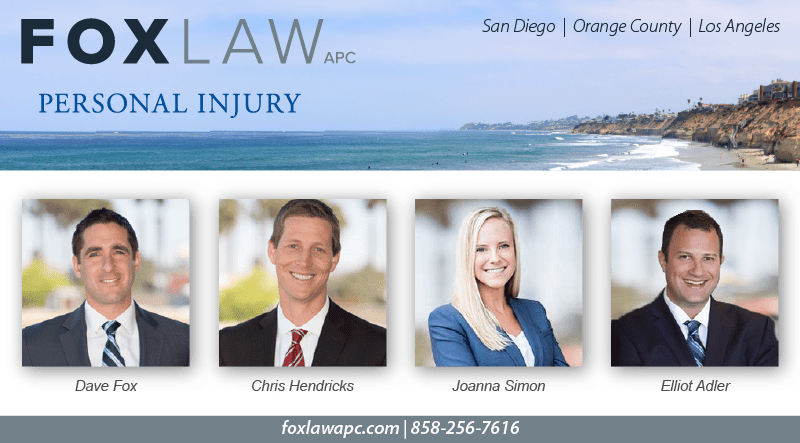 This is Dave Fox’s fifth time being named a San Diego Super Lawyer for plaintiffs’ personal injury work.This selection puts Dave in the top 5% of personal injury attorneys in San Diego. Dave has also been recognized as Consumer Attorneys of San Diego’s Outstanding Trial Lawyer (2015), and a Distinguished Alumni of the University of San Diego School of Law (2015).

Chris Hendricks and Joanna Simon were both named to San Diego Super Lawyers’ list of “Rising Stars.” This recognition is only given to 2.5% of lawyers in San Diego who are either under 40 years old or have less than 10 years of practice. This is the first time Chris has received this honor. This is Joanna’s second appearance on the list of Rising Stars. Joanna has also achieved a perfect “10 out of 10” AVVO rating for her dedication to client service.

Elliot Adler is making his fourth appearance on the Super Lawyers’ list, having garnered this recognition each year since 2015.

Fox Law is honored to have such excellent lawyers and dedicated people on its team.
Contact us today at 858-256-7616 or www.foxlawapc.com
for a free legal consultation on your personal injury matter